After observing my son’s interest in the glowy buttons on my Rigol DS1102E, I decided to design an interactive toy for him utilizing that type of button.

SparkFun sells 2 x 2 and 4 x 4 translucent silicone button pads that accommodate a standard 5 mm through-hole LED.  Adafruit now sells a smaller dimension 4 x 4 button pad, but it can only accommodate 3 mm LEDs.  I’m not aware of any RGB LEDs that come in that package size, but I may see how well it works with surface-mount RGB LEDs in a future project. 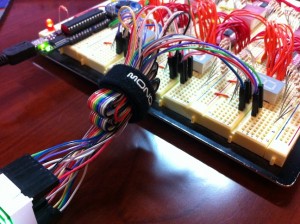 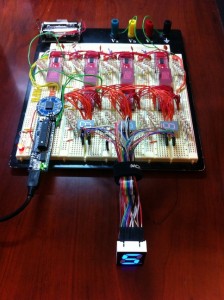